How to Prevent Nutritional Disorders and
Premature Aging with Functional Nutrition.

For millennia, the human body and evolving brain were dependent on a limited seasonal contingent of raw or semi-raw foods that could be obtained with bare hands and in the wild—mainly fish, seafood, and grazing (herbivorous) animals.

Much is made of “gathering,” but, in fact, it was the least efficient and least relied upon method of sustaining life. That‘s because the gathering of edible plants in the wild was severely limited by the seasons (especially as humans moved up north), while fish, seafood, and animal meats had been abundant year-round during the primordial era. Besides, plant food lacked primary proteins and fats, so essential for the health, strength, vigor, and stamina required for a nomadic lifestyle.

As human intellect, dexterity, and strength evolved, food sources became more numerous, but they still remained relatively small—meats, eggs, and dairy from domesticated livestock, and, until recently (in terms of human evolution), agricultural products such as wheat, millet, and rice.

Finally, courtesy of the industrial revolution, humans learned to process inedible plants, such as soy or wheat bran, into foods for human consumption. Most present-day varieties of fruits and vegetables are also just a brief blip—less than a few thousand years old—on the evolutionary timeline.

Evolution was merciless. Those who mastered the art of survival passed their genes on to us. These genes determined the makeup and the needs of our bodies. In turn, these needs determine what we should and shouldn‘t eat. The choice wasn‘t complicated even a hundred years ago because the variety of foods was limited, and almost all of those foods were functional—i.e., they were fulfilling their particular function of sustaining life, beginning with breast milk, the most functional food of all.

Not today. The majority of supermarket-style foods aren't functional but merely edible. We can survive on them but can't enjoy even a modicum of the health and strength possessed not just by the caveman but even our ancestors just a few generations ago. 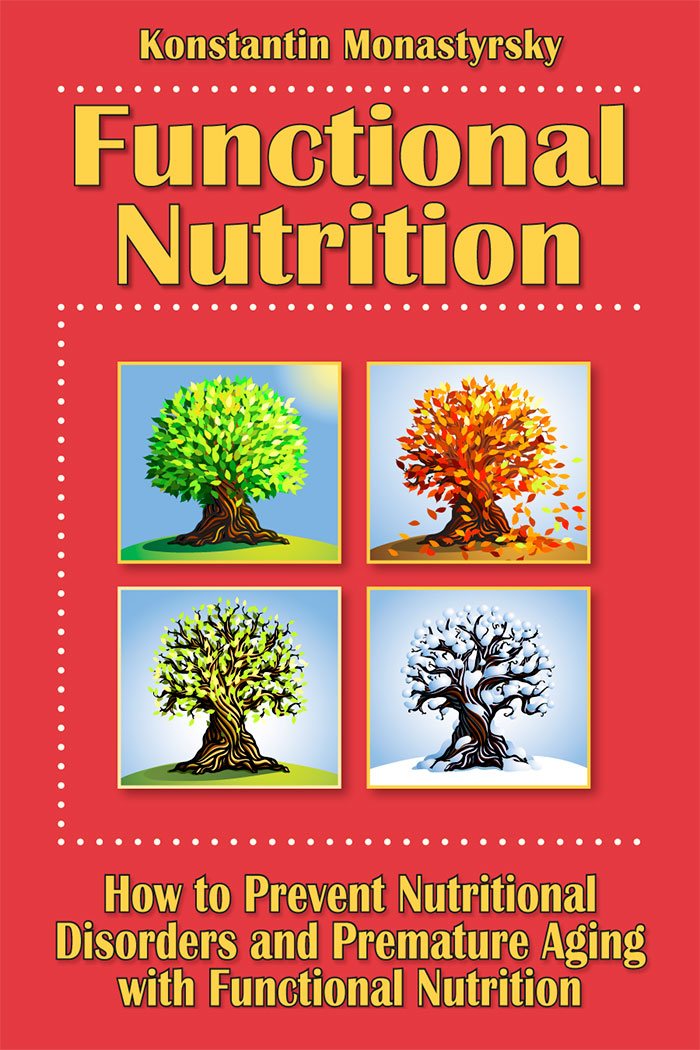 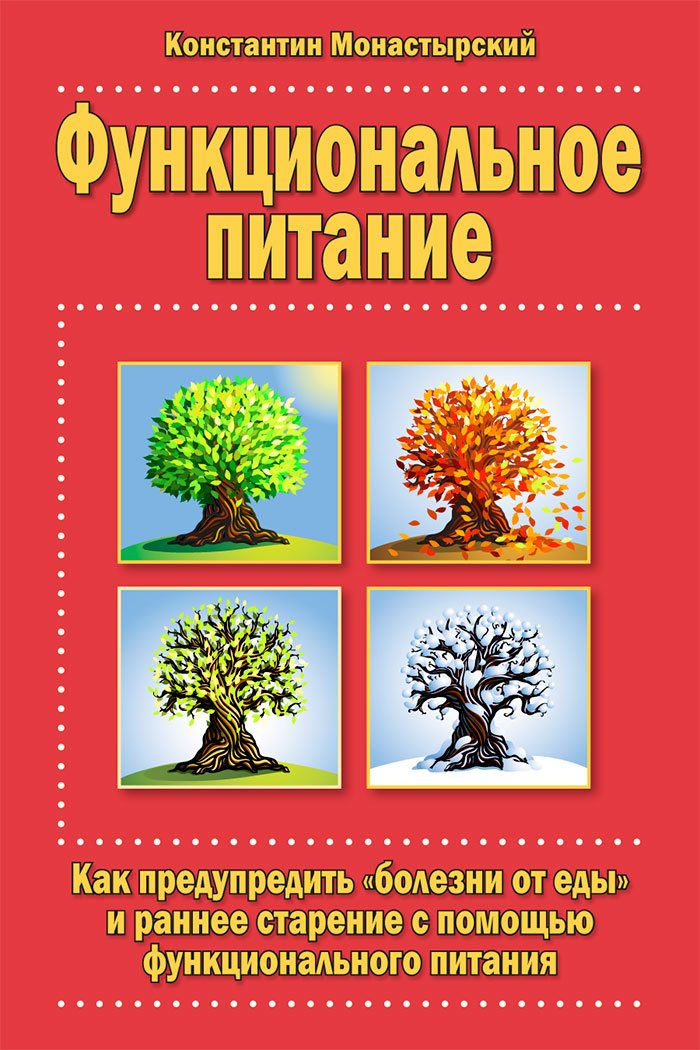 Simulated cover in English. Slide the mouse pointer over to see the actual Russian-language overlay.

Why? Because edible foods sustain life, not health. For vibrant health, the food must be functional. And that‘s the subject of this fascinating book, which has become the highest-selling and most popular Russian-language title in the United States since 2000.

This book was written specifically for Russian-speaking readers, who don't yet need to be convinced to eat red meat (a most prized food in Russia) or butter (an essential food in Russia).

I am planning to revise this book for English-speaking readers at some point. Meanwhile, you may gain many core insights into the concept of functional food by reading Fiber Menace, and by paying attention to “small” details.

Table of Contents and Introduction
(PDF in Russian)